Robin Elliott is a well-known radio/TV presenter and media personality.

He is a broadcaster who is equally at home behind the mic in a studio as he is in front of a live audience and has a vast array of experience.

Robin’s interview technique makes interviewees feel at ease and ensures he gets the best out of each person he speaks to from the world of sport, entertainment and politics.

From 2000-2010 Robin was a presenter for the multi award winning City Beat 96.7FM/102.5FM and has presented every show on the schedule since joining the station. His evening show Elegant In The Evening drew large audiences as did his weekend chart show The City Beat Countdown and Solid Gold Saturday.  His Solid Gold Saturday Show featured a mix of music from across the decades and attracted such guests as Bonnie Tyler, Pete Waterman, Cheryl Baker, Nik Kershaw, David Van Day, Steve Strange and many more music legends.  For many years Robin also appeared on City Beat’s Award Winning Bigger Breakfast Show.

Robin’s other radio appearances have included Talk 107 in Edinburgh, where he also joined Bill Young for a chat and a laugh on the breakfast show. Robin has also worked for the Q Radio Network & Blast 106FM.

Away from radio, he has also appeared at Belfast’s Odyssey Arena providing entertainment during the Belfast Giants ice hockey games and was a celebrity judge on City Beat’s hugely successful Young Star Search. Since the success of Young Star Search, Robin has been in constant demand to appear as a judge on talent shows including Strictly Come Singing, T Factor and other contests such as Larne’s Got Talent, the CU Factor, F Factor and Festival 4 Stars.

Robin hosted his own entertainment based TV chat show on Belfast station NVTV and guests who have joined him on it range from Rock band The Darkness to 70s superstar David Cassidy and actor Leslie Grantham; while movie director Guy Richie, actor James Nesbitt and even Basil Brush have popped up on the show.

He has also appeared in the movie Blind Fight, TV series Give My Head Peace, Westlife Back Home (UTV), Late & Live (UTV) Dance Mums UK (Lifetime) and in a number of TV commercials.  In 2009 Robin also produced the acclaimed documentary film Clap Your Hands….The Story Of The Miami Showband.

Robin is one of Northern Ireland’s busiest comperes, most recently appearing at the World Snooker Tournament at Belfast’s Waterfront Hall which was broadcast on Eurosport and TG4. For over 10 years now Robin has also compered many of the Miss Northern heats as well as appearing at Rose of Tralee, Miss Belfast, Big Buzz Irish Entertainment Awards, NI Community Awards, Antrim Business Awards and the NI Country Music Awards.

He has toured with comedian John McBlain, singer Malachi Cush and has played every major theatre in the province playing the part of the narrator in The Rat Pack Revisited and even got a guest spot in Eurobeat the Musical with Gareth Hale and Mel Giedroyc when the show came to Belfast.

From 2000-2009 Robin was also features editor at Big Buzz Magazine and had his own music column in the Ulster Star newspaper. Robin also played a huge part in the creation and organisation of the now legendary Big Buzz Irish Entertainments Awards that ran every year from 2000-2008 working with top names such as Bonnie Tyler, Leo Sayer, Bay City Rollers, Myleene Klass, Eamonn Holmes, Uri Geller, Mark Owen, Boyzone and many more.  He also worked as a guest lecturer in Performing Arts and Media Studies at Belfast Metropolitan College.

In 2008 Robin has released his debut single The Ballad Of Lucy Jordan (produced by Micky Modelle/Emerald Records), took part in the Christmas charity single Blue Christmas with Jim Brown and has also been voted the 70th sexiest man in Ireland (beating Gary Lightbody and Nicky Byrne from Westlife) in a poll by Remus Uomo and Dublin’s Social and Personal Magazine.

In 2011, Robin also worked on a documentary with movie legend Maureen O’Hara, released the single Common People with rock band The Almighty Fallen.

In 2012 Robin was back on tour with a musical theatre production The Soul Train as well as once again causing controversy on the judging panel of Belfast Talent Show Strictly Come Singing.  In 2013 Robin was once again back to judge another Talent Show – The Local Vocal.  In 2014/2015 Robin joined Talentfest UK, touring throughout the UK with special guests including Louis Walsh, Joey Essex and Dance Troupe Flawless.   In 2015 Robin once again worked with the Miami Showband and helped to organise their 40th Anniversary Commemoration Events.

In 2017 Robin returned to Northern Ireland and has been making guest appearances on Downtown Radio & Downtown Country.  He also returned to working as a presenter for NVTV.  He also formed Apollo Community Arts with West End Singer/Actress Pauline Carville and has produced theatre shows including Blood Brothers, Joyriders & Sound Of The Musicals.  This December Robin will also be back on stage playing the role of Mr Briggs in Willy Russell’s Out Day Out: The Musical. 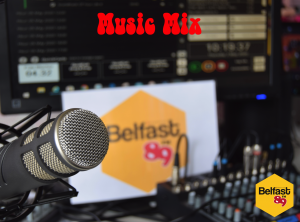 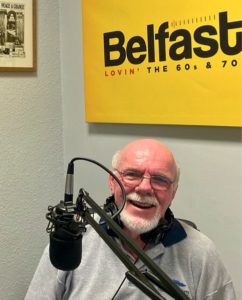 Copyright © 2021 Belfast 89FM. All rights reserved. Proudly hosted by www.spiralhosting.com
[There are no radio stations in the database]