(b) The expression “the Advertiser” wherever it hereinafter appears, shall mean the person, firm or company by whom an order for an advertisement booking is placed and shall also mean and include the Advertiser’s successors in title and assigns.

(c) The expression “the Authority” shall mean OFCOM.

(a) An advertiser who is an advertising agency shall be deemed to contract as principal and will accordingly be responsible for payment of accounts and will be deemed to have full authority in all matters connected with the placing of orders and the approval or amendment of advertisement copy.

(b) Agency Commission of 15% is payable to all advertising agencies recognised by the Company and will be calculated on the basis of the rates applicable less discounts allowed and less any surcharge payable under the provisions of Condition 4.

(c) No agency commission payable by the Company to such an Advertiser shall be paid or allowed to or shared with any client or any advertising agency not recognised under Condition2(b) (or in the case of an overseas agency, not recognised by the appropriate media organisation in its own country)

(b) No terms or conditions other than those set forth herein or any variation thereof under Condition 10 shall be binding upon the Company or the Advertiser unless reduced to writing and signed by or on behalf of both the Company and the Advertiser.

(a) All advertisements will be broadcast subject only to approval of them by the Company and to their compliance with the Broadcasting Act 1990, OFCOM’s Code of Advertising Standards and Practice and the Company’s technical requirements and submission procedures.

(b) The Company at any time may without incurring any liability whatsoever to the Advertiser:

iii) restrict any repeat broadcasts of the same advertisement.

(c) Subject to the provisions of Condition 10 below all bookings are accepted on the understanding that they will be paid for at the rates in force at the date of broadcast.

(a) The Company does not guarantee that the scheduled times and or dates of broadcast will be adhered to, but if for any reason whatsoever an advertisement is:

iii) broadcast so that a material part thereof is omitted or

Subject to the provision of Condition 10, any booking may be cancelled by either side, provided that notice in writing is received by the Company or the Advertiser as the case may be, not less than 28 days before the scheduled broadcast date. If the cancellation is made by the Advertiser the campaign will be charged at the rate appropriate to the number of advertisements actually ordered before such a cancellation becomes effective.

(b) The existence of a query on any individual item in an account shall not affect the due date of payment of the balance of the account.

(c) Accounts not paid to the terms detailed in 8(a) above will have future orders cancelled, including any currently being transmitted.

(d) If an invoice becomes overdue for payment the full outstanding account becomes overdue and payable. The Company reserves the right to charge interest and compensation on overdue accounts at the statutory rate for the time being in force calculated on a daily basis. Payment shall be deemed to have been received only when the full amount of the value of the goods and services as invoiced has been credited to the Company’s bank account without recourse or the Company has received the full amount in cash

(e) Any Amount outstanding beyond our credit terms of reference will be passed out of hand to our legal advisers and will be subject to a surcharge of £30.00 to cover the cost incurred: such accounts will also be subject to any other costs incurred in obtaining settlement.

(f) The Company reserves the right to charge an administration fee of £15.00 per thousand or part thereof for any payment received by cheque returned unpaid.

The Advertiser warrants and undertakes that:

(a) he will be responsible for obtaining and paying for all necessary licences and consents for the broadcast of any advertising copyright material contained in, or the inclusion of any person in his advertisement;

(b) no advertisement copy will breach the copyright or other rights or be defamatory of any third party;

(c) he will indemnify and keep the Company indemnified against all action, proceedings, costs, damages, expenses, penalties, claims, demands and liabilities arising from any breach of the above warranties or in any manner whatsoever in consequence of the use, recording or broadcasting of any advertisement copy

or matter supplied or broadcast for the Advertiser

d) all BelfastFM Ltd productions are copyright and are licensed only for the stations they were originally intended.

It is illegal to transmit any commercial on another station, website or shop premises without prior permission and relicensing from BelfastFM Ltd.

(b)The Company may from time to time make special charges and/or conditions for certain types of advertisements or for bookings at certain specified periods.

All rates exclude VAT, which will be charged at the rates prevailing at the tax point. 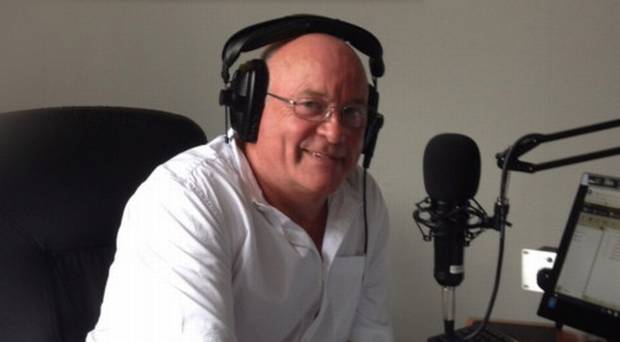 Get our Belfast 89FM Android app.

[There are no radio stations in the database]